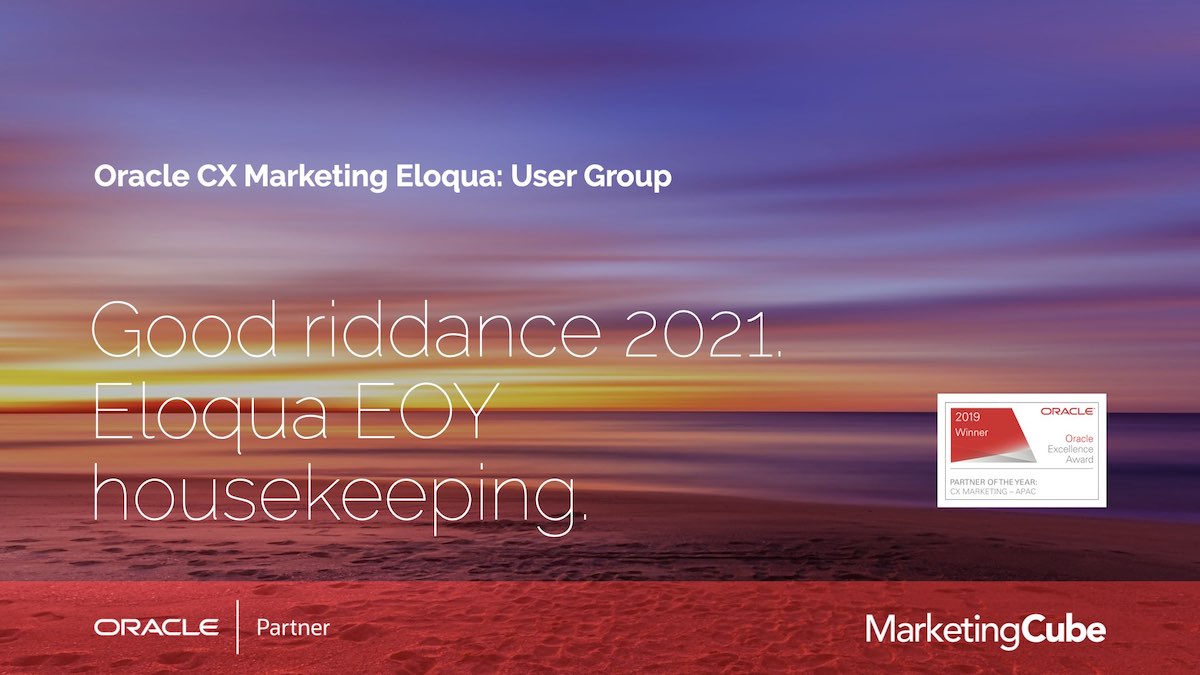 Your 1st party data is likely your #1 priority. It’s generally the most accurate of the data you have access to & likely the most current. This month we provided specific tips, ideas & suggestions for Eloqua customers helping them cleanse their data to drive more personalised campaigns. 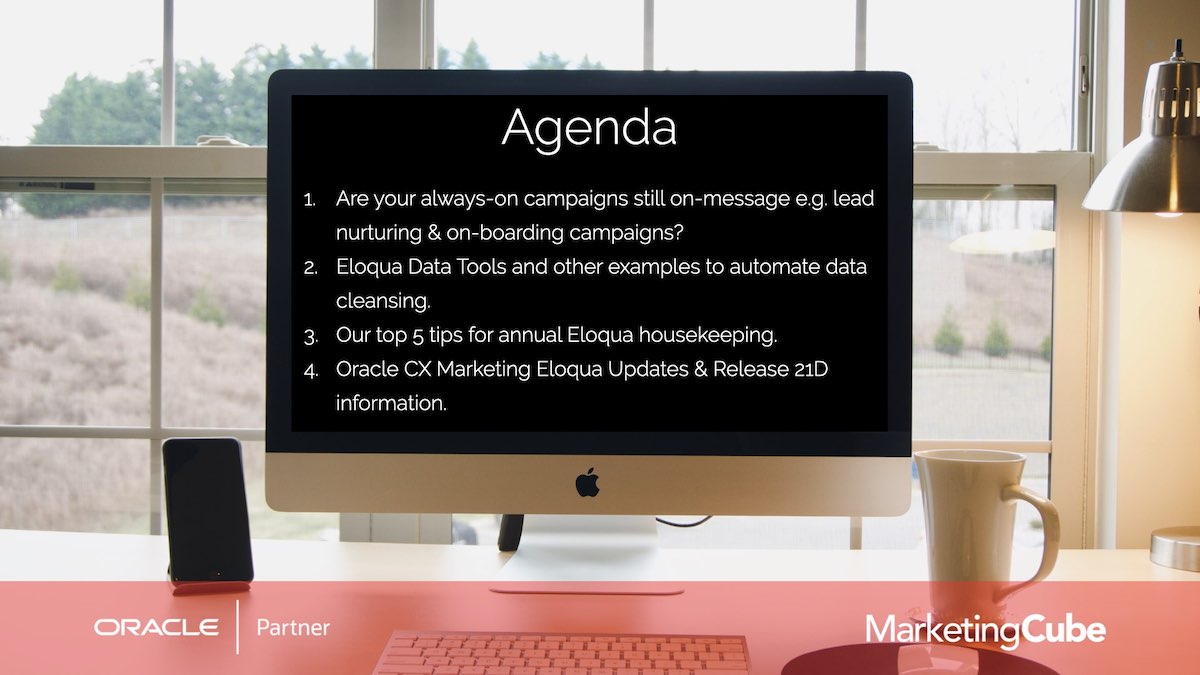 The data that matters

Join us in February 2022 as we take a strategic view of your 1st-party data. We’ll explore the Eloqua Form Design Editor, the primary entry point to your systems of net-new contacts.

Click below to read further, review the agenda and register today.

Why should you care about your 1st party data?

“With a rising concern from the general population over how its data is being used, companies are likely going to start clamping down on who they give and sell their data to — meaning that access to second and third-party data may decrease. Therefore, you could be left with only your own data.

Not only do you have to worry about how other companies will react, but we’re also seeing governments start to step in and regulate how consumer data is being used. A big driver of this was the Cambridge Analytica scandal in 2018 that is still having impacts on the industry today (paywall). Countries around the world are enacting their own privacy laws to better protect consumers. For more information on data privacy laws in different states, read the IAPP’s comparison of privacy laws.

With first-party data, you don’t have to worry as much about privacy concerns because as data tech company Lotame put it, “Privacy concerns surrounding first party data are minimal because you know exactly where it came from, and as a marketer, you own it outright.” 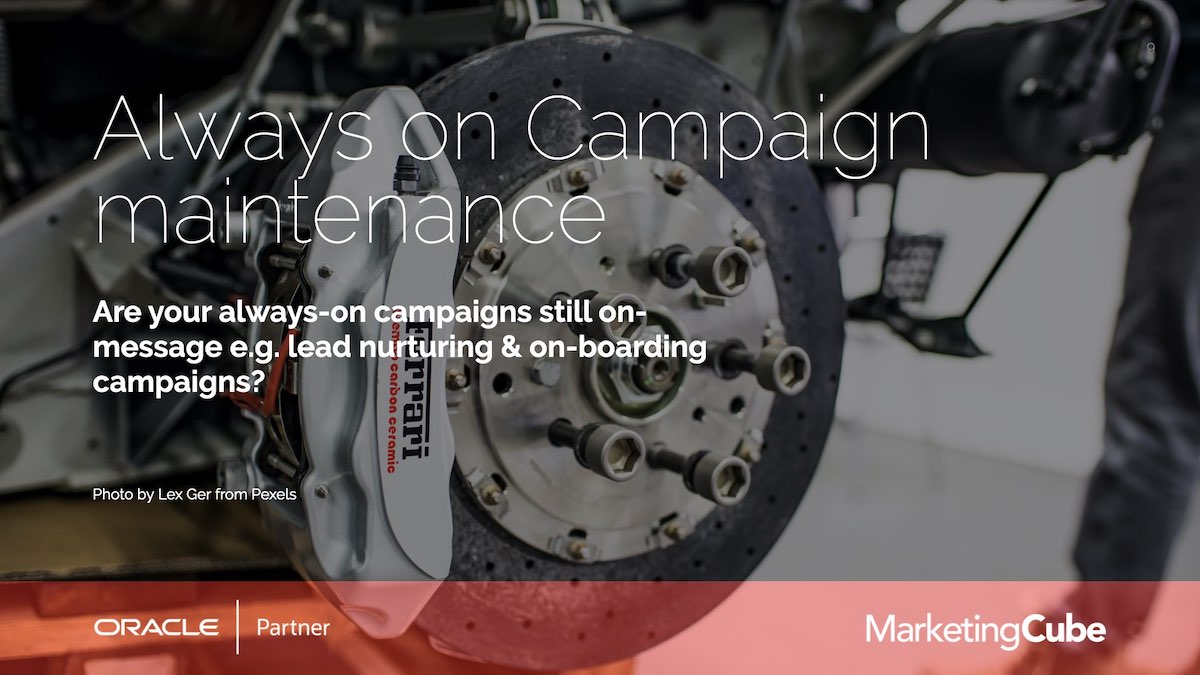 Your always-on campaigns need to be reviewed on a regular schedule.

Any task designed to review campaign performance must include a review of your Eloqua Dashboards and/or Eloqua Insight. These two tools will give you the insight you need to measure the performance of your always-on campaigns. Two key Insight Reports that you should start with are as follows: 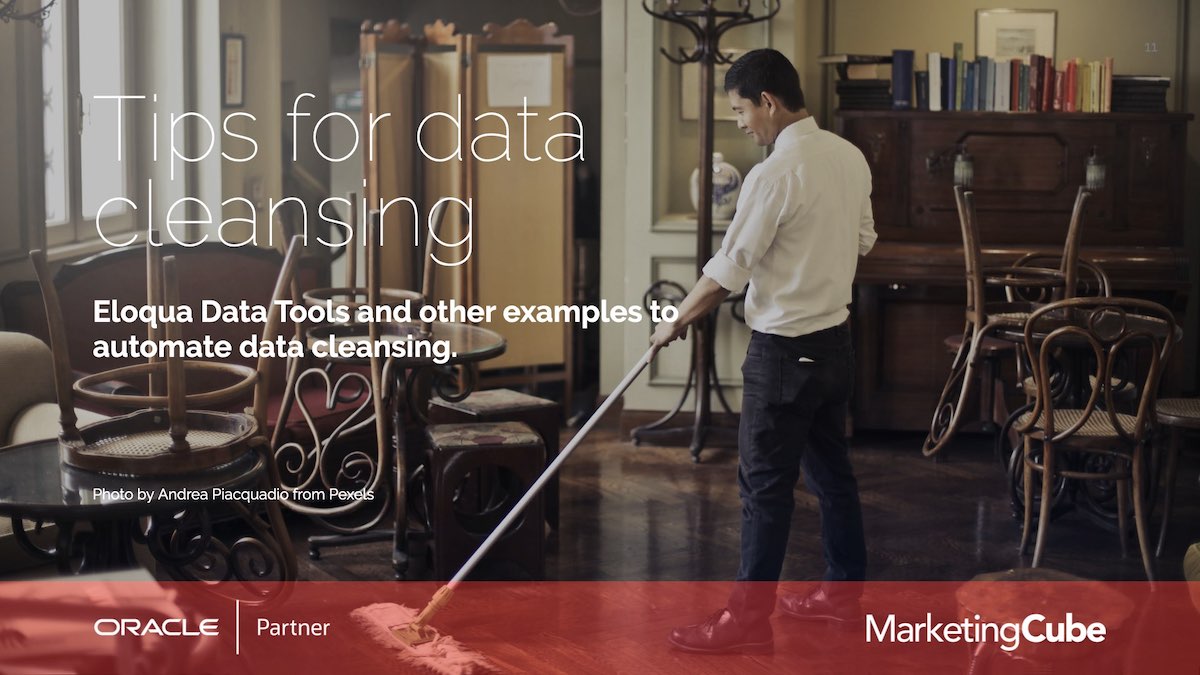 Who “owns” data in your organisation? You can contribute to overall data quality through smarter use of the tools Eloqua provides to help you manage your data.

You have the best chance of maintaining a clean contact database when you understand the source of truth for your data. Does your data come from the CRM? ERP? Data Warehouse? 3rd Party Platforms e.g. LinkedIn, Facebook etc? Are you manually uploading data?

Are you bringing in as much data as possible, or just enough to meet your immediate objective?

Eloqua’s Deduplication and Validation Rules are powerful tools for helping ensure the quality and accuracy of your Eloqua data. Deduplication rules and handlers make it easy to remove duplicate records in an automated way; validation rules ensure that data uploaded into Eloqua or submitted in a form meets your format requirements.
You can access Eloqua’s Data Tools under the Audience menu in the Eloqua toolbar. 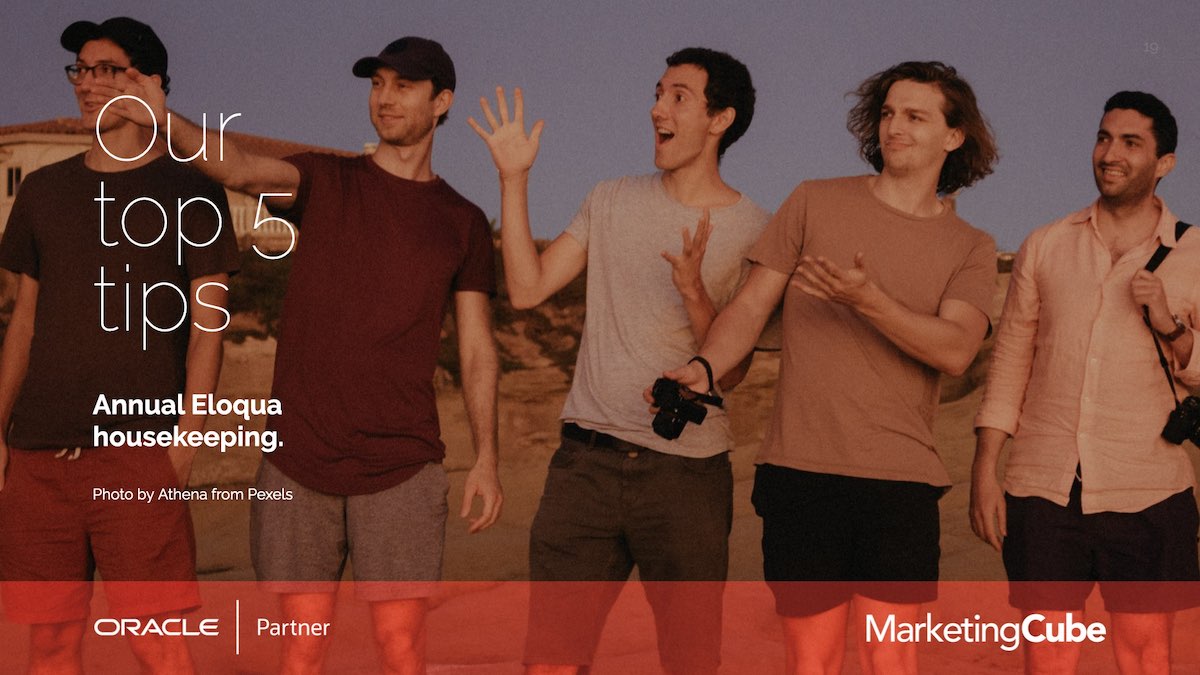 We approached our senior developers, strategic services & customer success teams to arrive at these top 5 tips to support an annual approach to data hygiene.

Focus on removing those contacts classified as hard bounce-backs and who have globally unsubscribed i.e. opted out. Delete them from Eloqua, they’re dead weight.

In the context of an annual review, take some time to review your onboarding and welcome campaigns, your lead nurture campaigns and any internal/staff campaigns. Is the content relevant, on-brand and it could it be refreshed?

This is different to tip #5 above. This is a group of people you could be engaging with, but you’re not including them in campaigns for some reason. Or, they’re not responding to anything you’re sending them.

The campaign review process is critical. If you’re blindly pressing on with the next campaign without any review of past campaigns, you’re missing the chance to improve. Access the Insight reports listed above as a starting point.

Do you need some help with any of these tips?

To start with, watch the replay, there’s more detail on each tip. Do you still have questions? Contact us today and we can explore a range of ways we can support you.

Get some expert Eloqua help now 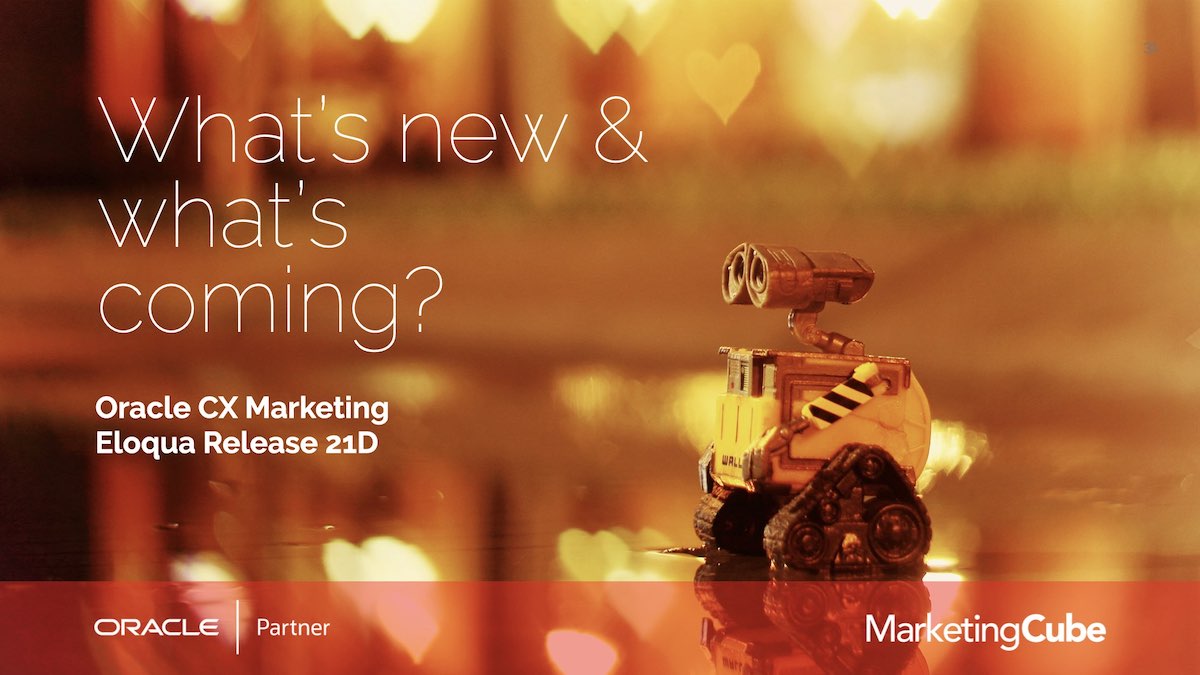